The Origins of Spirituality 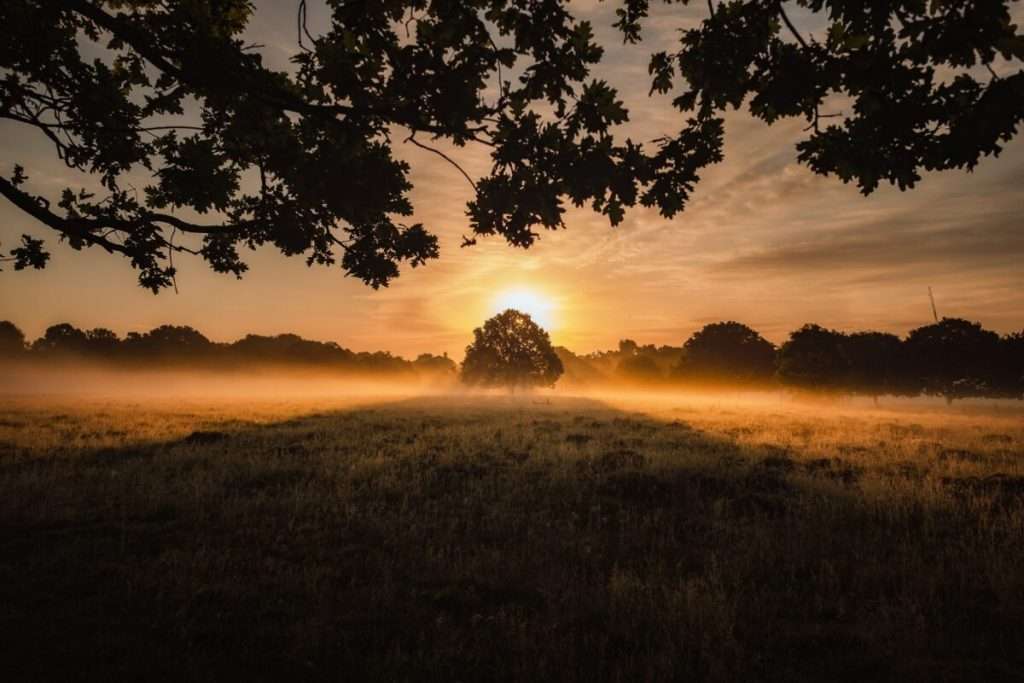 Spirituality has played an important role in almost every human culture we know of.

It’s so common that we accept it as a given of the human experience; taking it for granted that it exists at all.

But where does this phenomenon come from?

Why has it emerged independently in almost every human culture?

And why are an increasing number of atheists engaging in practices such as meditation?

In his 1984 paper: ‘Making Sense of Spirituality’, Dr Steven Hayes – the codeveloper of Acceptance and Commitment Therapy, attempts to answer some of these questions.

In this post, we’ll explore some of the key insights from the paper, including Dr Hayes theory on where spirituality might have come from, and why it might play such an important role in our mental health and wellbeing.

The Matter/Spirit Distinction (and Why it Matters) 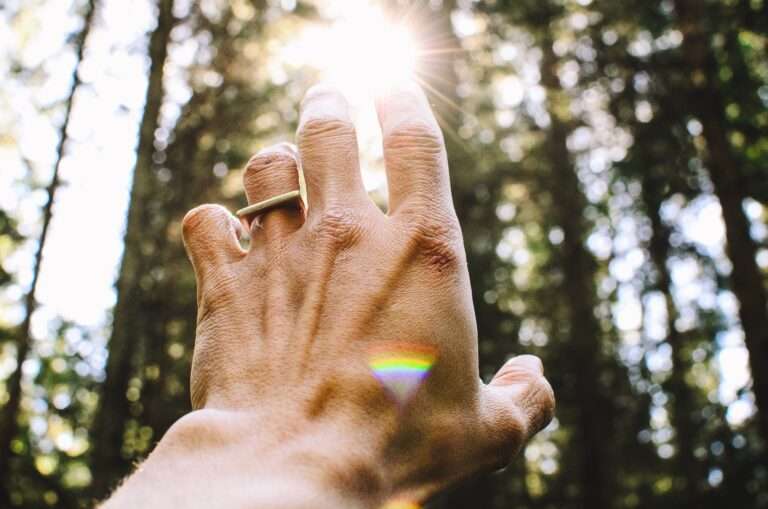 Most spiritual traditions and religions usually make a firm distinction between matter and spirit.

Therefore, if we want to understand where spirituality comes from, a good place to start is to investigate the roots of this dualistic distinction, and examine why it might have emerged in several different cultures with no connection to one another.

If we want to understand what something means, the dictionary often provides a good starting point.

When the paper was first published in 1984, the Oxford English Dictionary gave the following definitions of spirit:

‘An incorporeal or immaterial being.’

‘A being or intelligence distinct from anything physical.’

Matter, on the other hand, is related to the Latin word for ‘timber’ or building materials.

Said differently, matter is the ‘stuff’ of which ‘things’ are made.

A “thing” is defined as “that which is or may be an object of perception, thought, or knowledge.”

If we put these definitions together, it would suggest that if we want to understand the origins of spirituality, we are looking for events that are ‘immaterial’, non-physical, and that can’t be an object of perception, thought or knowledge.

In other words, for something to be classed as spiritual, it cannot be physical, publicly observable or experienced as a thing or an object.

So, what about the human experience spans across cultures and might fit this definition? 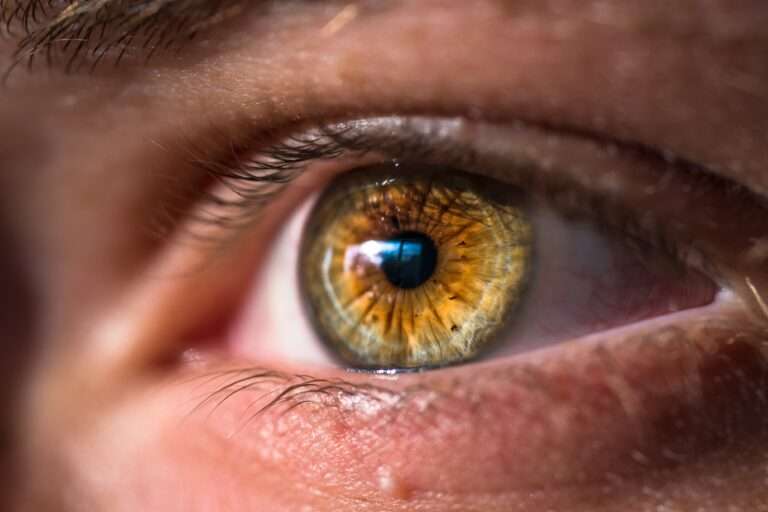 To most animals, there is just the world and ‘seeing’.

(‘Seeing’ in this context refers to any act of perception through the physical senses e.g. hearing, touch, taste, smell.)

However, when human beings developed complex language, a new dimension was added.

Not only could we ‘see’, we could now ‘see that we see’ and communicate it with others.

A new layer was added on top of our existing five senses – one that enabled us to report the content of our private experiences to others.

This new ‘sixth sense’ greatly enhanced our survival chances because it gave other members of our tribe access to our eyes.

This meant we could now communicate valuable information that helped us find food, and avoid being food. For example, if I saw a tiger in a nearby forest, I could run back and tell everyone in the tribe to avoid going there. Or, if I spotted a group of mammoths across the river, I could organise a hunting expedition to go after them.

It’s not hard to imagine just how valuable this new skill would have been in the harsh environment our ancestors evolved in.

However, according to Dr Hayes, the ability of ‘seeing-seeing’ isn’t enough to meet our definition of the spiritual as specified above.

For an event to be classed as ‘spiritual’, it cannot be experienced as a thing – yet we can experience ‘seeing seeing’ as a thing.

For seeing-seeing to be classed as ‘spiritual’, it has to happen from a consistent locus or point of view.

In other words, ‘seeing-seeing’ by itself isn’t enough – it has to come from the perspective of “you” – the observer.

What We Really Mean When We Say “You” 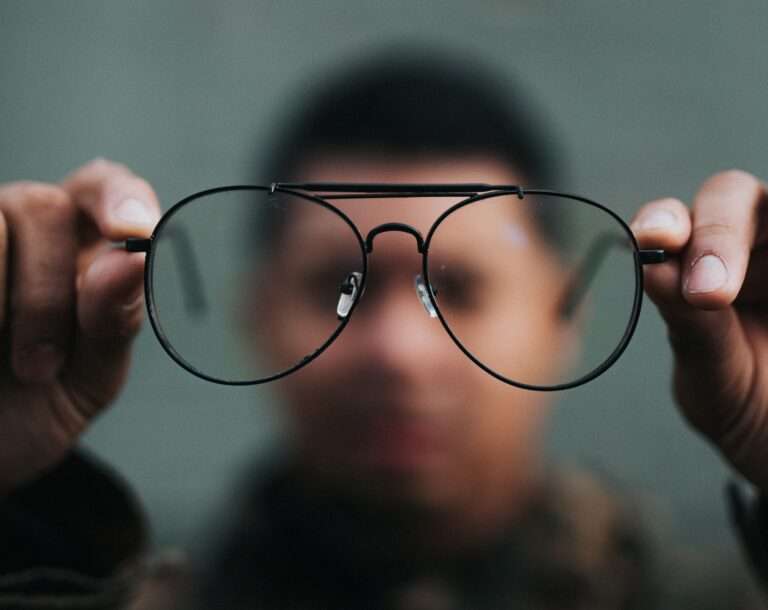 The word “you” can be used in several different ways.

For example, it can mean a physical body when we say things like ‘I saw you walking yesterday’.

But usually, when we say ‘you’, we are referring to ‘you as perspective’.

‘If you lost your eyes and ears, would you, still be you?’

If we only identified with our physical body, then the answer would be an obvious no.

But most of us will answer this question in the affirmative.

The same holds true for any part of us that could be considered as an object of knowledge – our habits, emotions, thoughts, beliefs, feelings, etc.

Another question to consider:

Think back to one of your earliest memories as a child – perhaps at a birthday party or your first day at school.

Was that ‘you’ then?

Again, if you think about it – almost everything about you has changed. The cells in your body, your thoughts, your emotions, your personality – maybe even your hair colour.

Yet intuitively, when you pondered this question, the chances are that you thought ‘of course’.

This leads us to the insight that the real “you” is as an independent witness – separate from the content of your experiences.

This “you” never changes.

The content of your life is likely to be in a constant state of flux as you get older.

But this observing self – this independent witness of your experiences always remains the same.

If it changed, and if you did have the ability to view events from a different point of view – then you would no longer be ‘you’.

How does this link with spirituality? 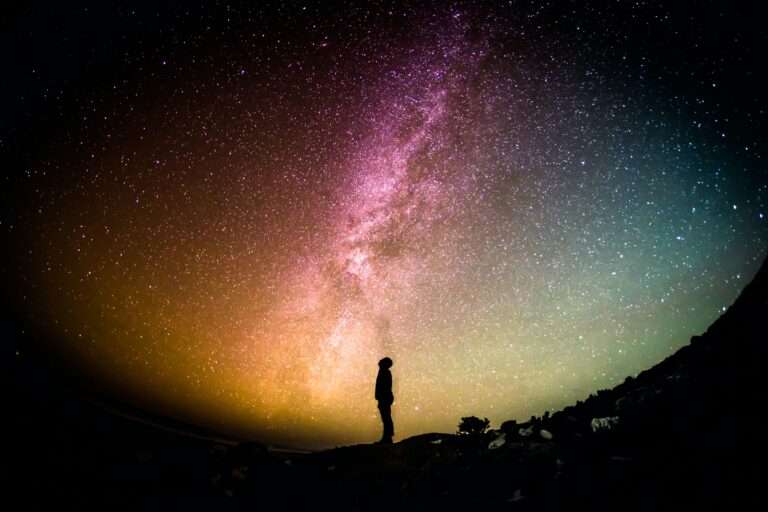 If we return to our earlier definitions, spirit was defined as ‘immaterial’ and ‘non-physical’.

Matter was defined as the stuff of things.

Therefore, we can say that spirit is something that is non-physical and not experienceable as a thing or an object.

The ‘you-as-perspective’ concept introduced above fits this definition quite well.

For an object to be a thing, there also has to be a ‘not-thing’.

In other words, a thing can only be classed as a thing because it is finite and has an outline and edges.

Edges enable us to differentiate objects from one another.

If a thing was everywhere and didn’t have any limits, then by very definition, it wouldn’t be a thing.

And this leads on to one of Dr Hayes’ key points in the paper:

“For the person experiencing it, ‘you-as-perspective’ has no edges or limits, and therefore is not experienceable as a ‘thing’.”

Perspective is the space in which things (content) are held.

“It seems plausible, then, that the matter/ spirit distinction has as its source the content/ perspective distinction established as a necessary side effect of language.

Quite literally, it may be that verbal behavior gave humankind a soul.”

Said differently, the ‘you-as-perspective’ feature of our language gave us the ability to distinguish between content and perspective, and therefore might also have paved the way for dualism, the matter/spirit distinction and spirituality. 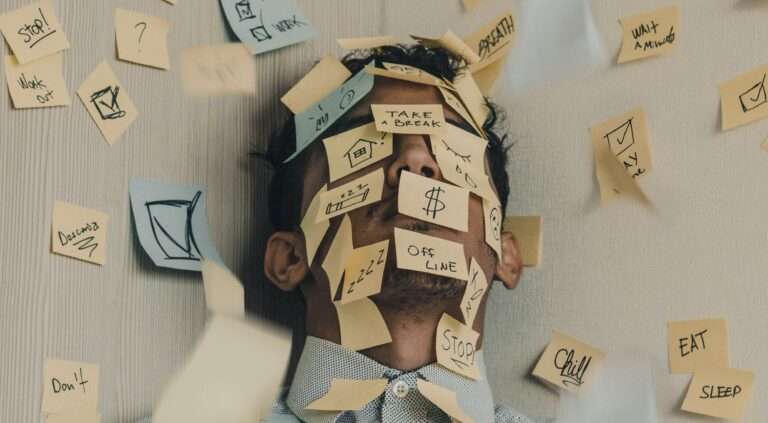 Our ability to use complex language has enabled us to do incredible things.

It brought us to the top of the food chain, gave birth to civilizations, and has even taken us to the moon.

However, it has come with a cost too.

Because of our verbal abilities, we are constantly analysing, planning, problem solving, worrying about future events that are likely to never happen, and ruminating over past events that we can no longer do anything about.

The symbols and language that enable us to function effectively as a society and benefit the culture as a whole, come at a steep price for the individual – who increasingly finds his mind to be out of his control.

The symbols bouncing around our minds are so overpowering that we regularly find ourselves lost in the ‘content’ of life. Arguably, one of the central problems that has faced humanity since the development of complex language, is that many of us have ‘merged’ with the content of our minds, and fully identified with the internal narrative that it is spinning.

To maintain sanity, it seems possible that cultures developed spiritual traditions and practices, all of which serve the purpose of tapping into this ‘you-as-perspective’ mode, gaining some distance from the content of our chattering mind, and seeing it in a new light.

In the paper, Dr Hayes uses the following metaphor to illustrate the difference between tapping into ‘you-as-perspective’ and being lost in the content of the symbolic mind:

Imagine two people sitting in front of a computer screen.

On the screen, they see the message: ‘You are really stupid and good for nothing’.

The first person knows that there is a distinction between herself and the computer, and that she doesn’t have to take what’s said on the screen too seriously. This allows her to laugh it off and go about her day.

The second person, on the other hand, has completely merged with the screen.

He doesn’t realise that there’s a distinction between the content of the screen and himself as the observer of the screen.

Therefore, he takes the screen’s message seriously and believes it to be true. This leads him to a whole range of ‘solutions’ that only exacerbate the problem – denying it, blocking it out, arguing with it, etc.

When we lose the ability to tap into ‘you-as-perspective’, and get lost in the content of our minds, we are like the second person in this metaphor – and this gets us into all kinds of unnecessary trouble. 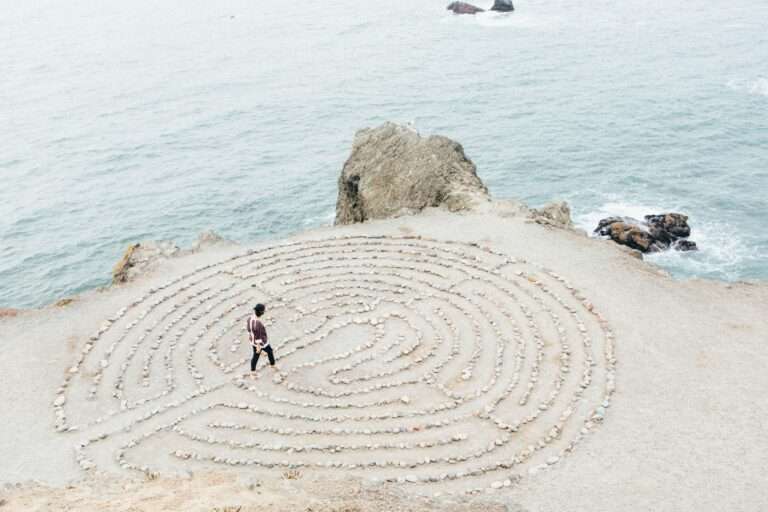 For something so central to the human experience, the origins of spirituality remain one of life’s greatest unsolved mysteries.

The theory put forward by Dr Hayes in this paper is both simple and radical at the same time:

We became spiritual when the concept of ‘you-as-perspective’ entered into the human language.

From that point on, we no longer just seen events.

We could now see that we were seeing, and always doing so from the same point of view.

This unchanging perspective, Dr Hayes argues, is what caused us to start dividing the world into content (matter) and perspective (spirit), and ultimately what paved the way for dualism, and the birth of spiritual and religious traditions. 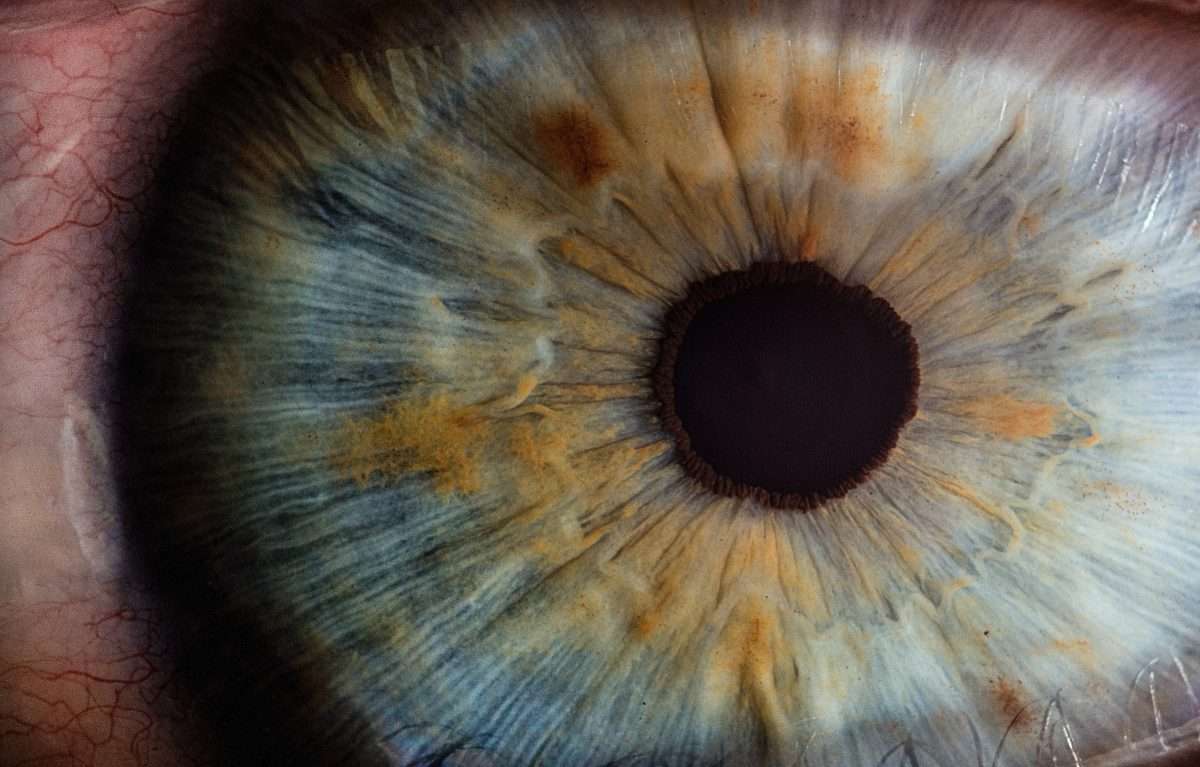