For many, facing the existential threat of the 2020 coronavirus pandemic has been a shared traumatic experience – a kind of collective trauma. What exactly is collective trauma, what are the different kinds, and what effects do they have on us? How can they impact our beliefs and narratives, and how do posttraumatic narratives and beliefs perpetuate collective trauma going forward? How might we instead be able to utilize this period as a time of emotional and social enrichment, even while we may be experiencing anger and grief? Synthesizing both academic research on trauma and lessons from indigenous teachers, Sousan will be sharing a concrete framework for developing capacities that will not only allow us to heal but create new potentialities for ourselves and our communities going forward. 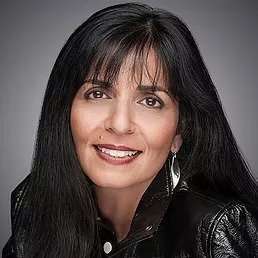 Dr. Sousan Abadian earned a Ph.D. in Political Economy and Government from Harvard University, an M.P.A. in International Development from Harvard’s Kennedy School, and an M.A. in the Anthropology of Social Change and Development, also from Harvard University. Her earlier research on healing the effects of long-standing collective trauma and cultural damage, a key contributing factor in violence and impoverishment, was described by Nobel laureate in economics Amartya Sen as “pioneering” and “highly original.” She now has an independent practice teaching, speaking, and consulting internationally on leadership, innovation, culture change, and her A.R.I.A. principles.

She builds on her earlier work at Cambridge Leadership Associates facilitating workshops and speaking on Adaptive Leadership. Between June 2017-June 2019, Dr. Abadian served as a Franklin Fellow at the U.S. State Department’s Office of International Religious Freedom, Bureau of Democracy, Human Rights and Labor. Her portfolio included preventing violent extremism, rights of religious minorities in the Middle East and South Asia, gender issues, atrocity prevention, and cultural restoration. She has also served as a Fellow at M.I.T.’s Dalai Lama Center for Ethics and Transformative Values as well as at Harvard’s Center for Public Leadership. More information can be found at www.sousanabadian.com