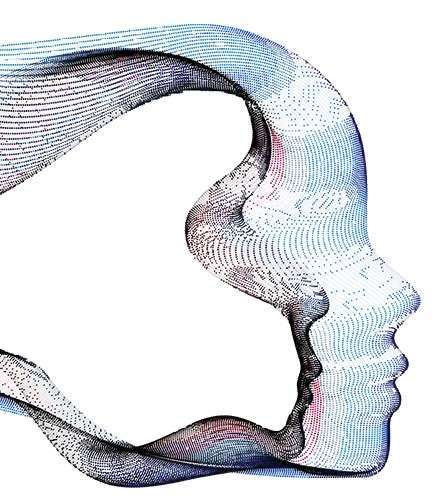 Without being aware of it, we’ve all inherited an insidious belief about the nature of reality.

One that goes so deep that most go through an entire lifetime without questioning it.

An assumption now so basic to our common sense that it’s taken for granted.

This is the worldview of materialism.

Simply put, this paradigm holds that what we are on the inside (i.e., mind, consciousness) is fundamentally separate from the world we experience on the outside (matter).

Many argue this sense of separation is the root cause of many of the crises facing our world today — whether it’s environmental degradation, factory farming, a pervasive sense of disconnection, nihilism and apathy in our culture, or the growing mental health crisis.

But is it true? And is it scientifically accurate?

Or might the nature of reality have more to it?

Emerging evidence from the fields of quantum physics, the neuroscience of consciousness, and analytic idealism are beginning to show a more interconnected picture of the world — one that sees mind as primary, and each human life as a microcosm of a larger whole.

Interestingly, this view parallels with the teachings of many of the world’s greatest wisdom traditions, as well as the non-dual perennial philosophy.

So, in this online conference, we’ll explore the fascinating synergies between modern psychology and ancient nondual teachings.

— Is Reality Made of Consciousness? The growing evidence-base showing that reality may be primarily mental in nature, why our ordinary everyday intuitions mislead us, the fundamental flaws in the materialist paradigm (including its origins), the evidence in support of analytic idealism and how this links with a nondual understanding, and how adopting this worldview can lead to a reduction in suffering, and a greater sense of meaning and purpose in day-to-day life — Dr Bernardo Kastrup, PhD

— Nondual Wisdom and Psychotherapy: how anyone working as a helping professional (e.g., psychologists, psychotherapists, counsellors and coaches) can benefit from a nondual understanding, the healing potential of the unconditioned mind and how to access it in therapeutic work, and how mental health professionals can integrate nondual wisdom to better serve their clients and improve outcomes in therapy — Dr Peter Fenner, PhD

— Nonduality & The Science of Consciousness: a physicist’s journey from strict atheism and studying under Stephen Hawking at Cambridge to an integrated worldview of the mystical and scientific, the evidence from psychology, philosophy, and physics showing how consciousness is a fundamental quality of creation, and how this “metaparadigm shift” can transform your everyday experience of reality, increasing your sense of connection to yourself, the people in your life, and the world around you – Peter Russell

You’ll learn how these insights can improve your own quality of life, and also how to help others do the same.

I’ll propose an idealist ontology more parsimonious and empirically rigorous than mainstream physicalism, bottom-up panpsychism, and cosmopsychism. The ontology also offers more explanatory power than these three alternatives, in that it does not fall prey to the hard problem of consciousness, the combination problem, or the decomposition problem, respectively. It can be summarized as follows: there is only universal consciousness. We, as well as all other living organisms, are but dissociated alters of universal consciousness, surrounded by its mental activity. The inanimate world we see around us is the extrinsic appearance of this activity. The living organisms we share the world with are the extrinsic appearances of other dissociated alters. 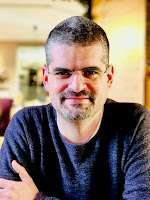 Dr Bernardo Kastrup, PhD is the executive director of Essentia Foundation. His work has been leading the modern renaissance of metaphysical idealism, the notion that reality is essentially mental. He has a Ph.D. in philosophy (ontology, philosophy of mind) and another Ph.D. in computer engineering (reconfigurable computing, artificial intelligence). As a scientist, Bernardo has worked for the European Organization for Nuclear Research (CERN) and the Philips Research Laboratories (where the ‘Casimir Effect’ of Quantum Field Theory was discovered). Formulated in detail in many academic papers and books, his ideas have been featured on Scientific American, the Institute of Art and Ideas, the Blog of the American Philosophical Association and Big Think, among others. Bernardo’s most recent book is Science Ideated: The fall of matter and the contours of the next mainstream scientific worldview. For more information, freely downloadable papers, videos, etc., please visit www.bernardokastrup.com.

My main specialty is in the development of freeform pointing out instructions, using silence and unfindability inquiry in order to directly reveal the nature of pure awareness itself.  Peter does this individually and in group settings where people are supported in their own discovery of the state of nonduality or nonreferentiality. By freeform I mean using whatever arises in a group in the moment it occurs as the material/constructs, to be seen through, or self-dissolve, revealing the pure nature of unconditioned mind itself—the ultimate medicine.

The main books in which I have unfolded this method and taught to groups are: A professional documentary on my work shortly be released as “Awareness.” 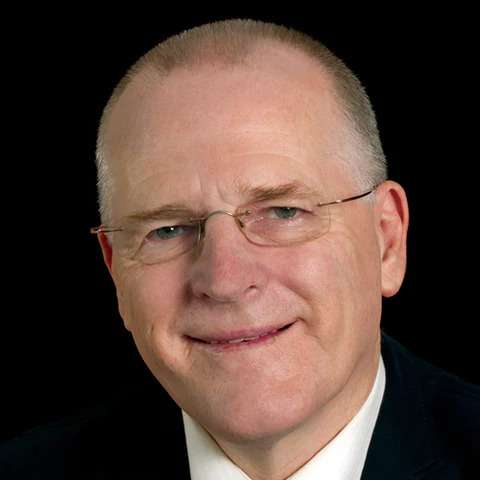 Dr Peter Fenner, PhD has a multifaceted practice as a writer, author, spiritual coach, and trainer in teachings of deep Buddhist philosophy. The founder of Timeless Wisdom and the pioneer of a number of programs and courses. Dr Peter Fenner based his research on Asian nondual wisdom. He hosts virtual workshops and spiritual retreats all over the world as a leader in his academic field, with a global following for his work, particularly in the US. Peter is qualified with a PhD in the philosophical psychology of the Madhyamika school of Mahayana Buddhism and has developed a range of courses about nondual awareness.

His psychological essays have appeared in journals such as the Journal of Contemplative Psychotherapy, Revision, Journal of the International Association for Spiritual Psychiatry, Psychologia (Tokyo), and 3e millénaire.

Besides offering experiential workshops, Peter has given presentations of his work at institutions such as Stanford Medical School, Columbia University, Saybrook College, California Institute of Integral Studies and Naropa University. He is a regular presenter at the Science and Nonduality Conference.

The spiritual teaching of nonduality, which stems from the Indian philosophy of advaita, teaches that consciousness is the primary reality, the fundamental essence of the cosmos. On the other hand, the current scientific worldview holds that the physical world is primary, and that consciousness somehow, in ways that we do not yet understand, emerges from it. Both views have their challenges. If consciousness is primary, why do we not see it in all things? Conversely if the physical world is primary, how does consciousness arise from something as insentient matter? Peter Russell proposes that the solution to these problems lies in the recognition that information is fundamental to both realities, and physical reality, as we conceive of it, is but a representation of the external world appearing in the mind. This turns our current worldview inside-out; and into one that both beliefs can inhabit. 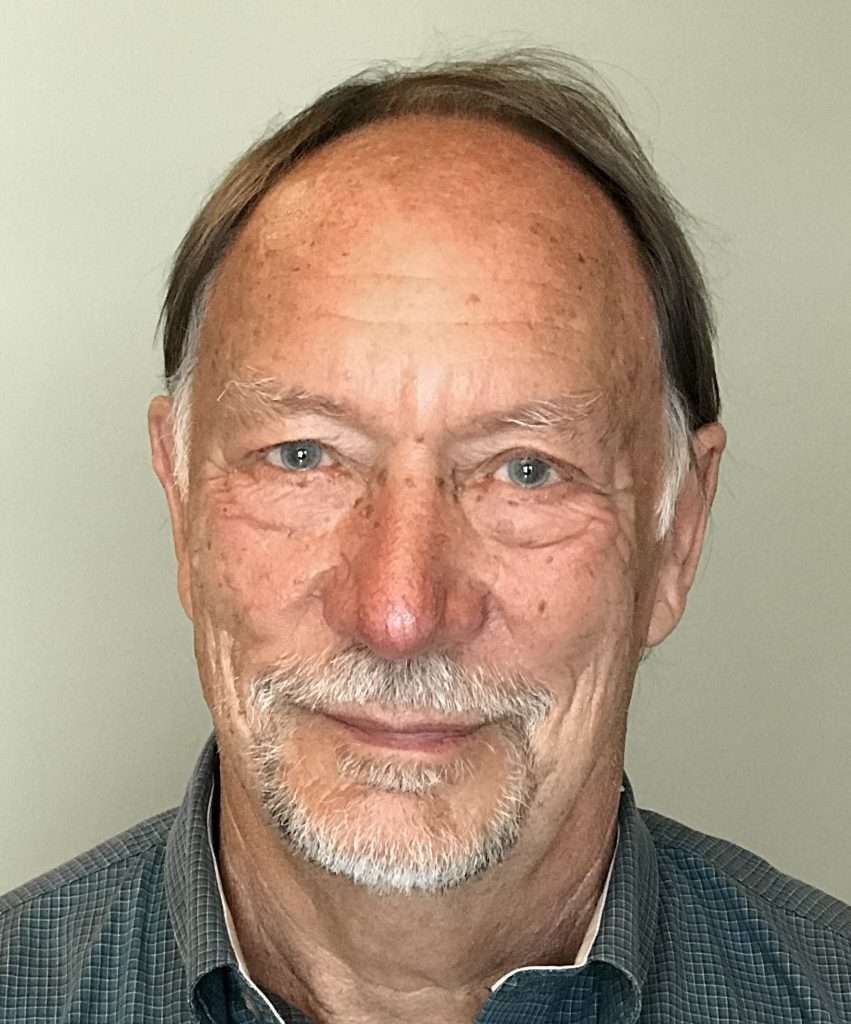 Peter Russell studied theoretical physics, experimental psychology, and computer science at the University of Cambridge. He then went to India, to study meditation and Eastern philosophy, and on his return conducted research on the psychology of meditation. A leading thinker on consciousness and contemporary spirituality, he coined the term “global brain” with his 1980s’ bestseller of the same name in which he predicted the Internet and the impact it would have on humanity. Other books include The Awakening Earth, Waking Up in Time, From Science to God, and his most recent, Letting Go of Nothing. Peter is a fellow of The World Business Academy, The Institute of Noetic Sciences, The Findhorn Foundation, and an Honorary Member of The Club of Budapest.