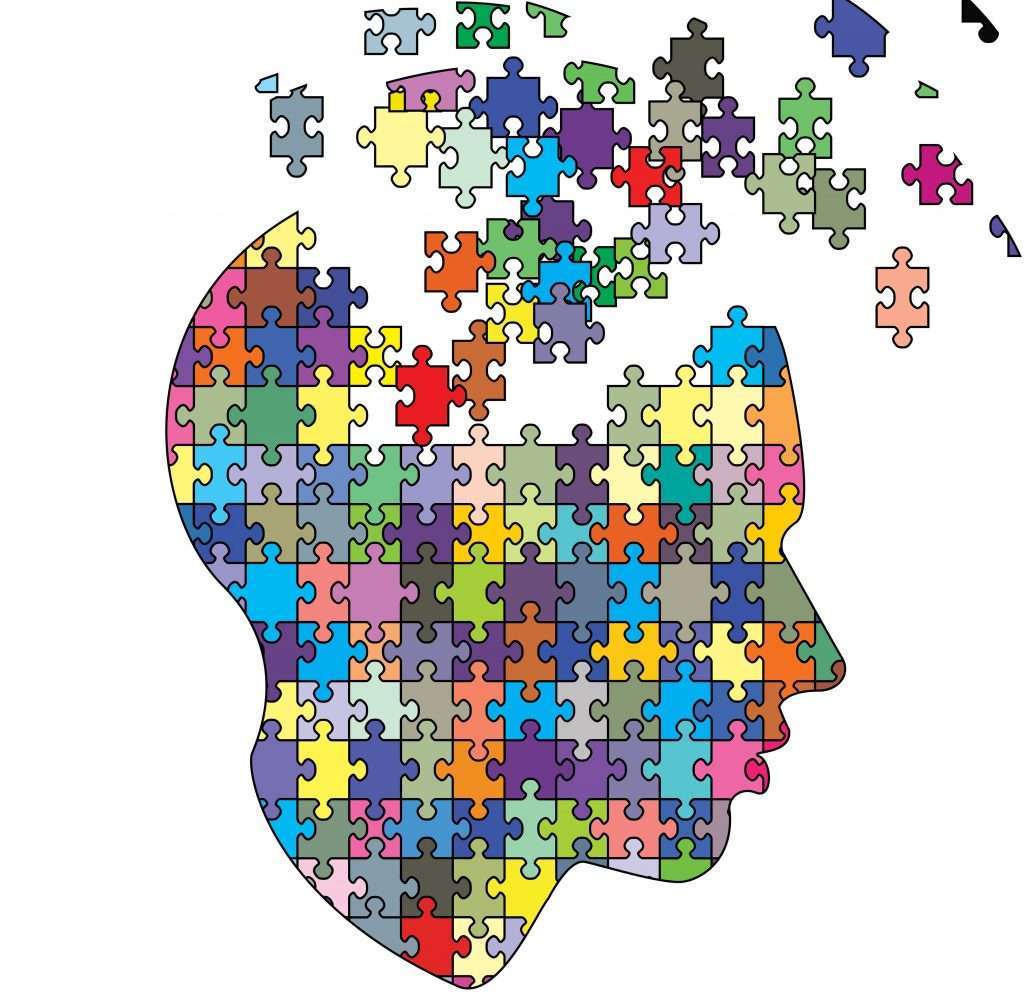 A full day of talks exploring the most effective approaches for working with, healing, and reintegrating parts.

We’ve all grown up in the mono-mind paradigm.

This assumes that each of us has one unitary mind, out of which our thoughts and feelings emerge.

Recent developments in neuroscience, as well as the growing evidence base for “parts-based” psychotherapies such as Internal Family Systems (IFS) are showing that not only is the mono-mind paradigm scientifically inaccurate, it’s also harmful to our mental health.

It leads to the sensation of feeling like we are the “controller” of our experiences, often causing internal conflict, as well as guilt, shame, and self-criticism when we are unable to live up to the demands of our inner drill sergeant.

In actuality, the brain isn’t one thing.

Rather, it’s made up of many structures that communicate with each other through neural networks.

What we commonly think of personality “disorders” then, are not a result of a unitary mind “shattering” into multiple fragments as is commonly assumed. Instead, individuals with diagnoses such as Dissociative Identity Disorder (DID) are very much like the rest of us, with the only difference being that they’ve experienced such significant trauma, that their “parts” get dissociated and disconnected from the rest of the system.

Therefore, a key ingredient in psychological health is being able to lead and manage the many different parts that exist within us, so that we can create a state of internal harmony and coherence between them. In short, we need to learn how to treat our many different selves in just the same way that a loving parent would treat their children.

So, in this conference, we’ll explore some of the most effective approaches for working with, healing, and reintegrating parts, including:

You’ll learn how these insights can improve your own relationship with your parts, and also how to help others do the same.

Dialectical Behavioural Therapy (DBT) is a comprehensive team based psychological therapy approach developed for individuals with difficulties consistent with a diagnosis of personality disorder and associated risk behaviours. DBT is underpinned by a biosocial model which explains the transaction between emotional vulnerability and invalidating environments and now current difficulties have developed. The biosocial model highlights the central focus on emotion in DBT.  We will look at the fundamental tenets of DBT considering the balance between acceptance and change.  The functions and modes in DBT will be described with reference to adaptations to the full model. The essence of the four skills modules in DBT will be described: Mindfulness, Emotional Regulation, Distress Tolerance, Interpersonal Effectiveness. DBT as a trauma informed therapy will be addressed. The evidence base for the efficacy and effectiveness of DBT will be reviewed with attention to complexity, cultural adaptation, and diversity. 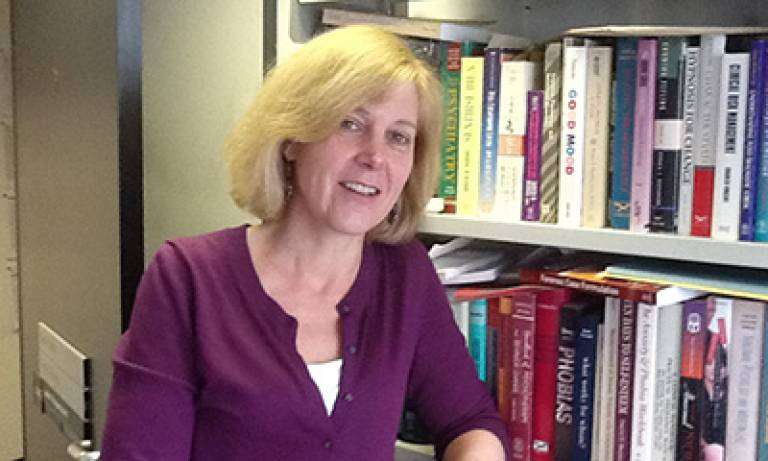 Dr Janet Feigenbaum is an International consultant trainer in DBT for British Isles DBT Training. Janet is an Associate Professor in Clinical Psychology at University College London, strategic and clinical lead for the IMPART (Intensive Management of Personality disorders: Assessment and Recovery Team), and the lead for Evidence Based Practice in Psychological Therapies. Janet is director of the HEE funded Postgraduate Certificate in Cognitive Behavioural Therapy for Personality Disorder (PD) at UCL. Janet provides training, supervision, and consultation in DBT and PD service development in the UK, Ireland, and Europe.

Janet completed intensive training in DBT in Seattle with Marsha Linehan, the originator of DBT, in 1999/2000 while director of research for the Oscar Hill Service for PD where she led on a naturalistic RCT of the effectiveness of DBT in the NHS1. In 2003,  she moved to North East London Foundation Trust and established one of the 11 National Pilot sites for interventions for personality disorder funded by the Department of Health (DDART; specialising in providing DBT and CBT for individuals with PD and co-morbid substance abuse). The service was successfully devolved across all four boroughs and widened the remit to become IMPART. In September 2012, IMPART was selected by NHS England as one of three UK IAPT SMI demonstration sites for the treatment of people with PD.

Janet was formerly chairman of the Board of Certification and Accreditation for the Society of DBT UK, and is now the chair of the Conference and CPD committee. In 2015, Janet and her co-applicants were awarded a five year NIHR programme grant to develop and evaluate DBT-Skills for Employment in the UK (EMPOWER) 2.  Over the past two years Janet has delivered national webinars on the delivery of DBT by telehealth, and on working with cognitions in DBT.   Janet’s ongoing research interests include: evaluation of a stepped care pathway for individuals with a PD and high risk behaviour, development and evaluation of a DBT skills group programme for individuals with PD and comorbid bulimia, and evaluating the impact of Motivational Interviewing strategies on engagement in psychological treatment for individuals with PD.

There are a group of people who have experienced significant attachment ruptures and are often diagnosed with a personality disorder. As a consequence, these people generally experience significant difficulties feeling connected to and a sense of safeness with others. Fragmentation and disconnection in their experience of themselves are also commonplace.

This talk will take you on a journey through the 5 phases of Compassion-Focused Group Psychotherapy with a focus on the ways in which this program supports members to work with, bring compassion and integration to their multiple parts. Practical ideas for supporting a compassion focused approach to working with parts will conclude this talk. 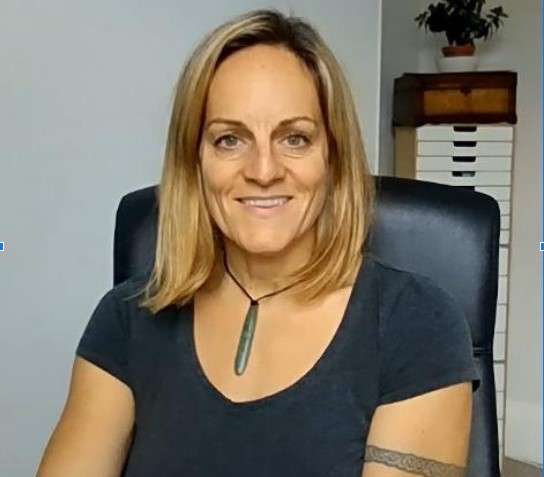 Dr. Kate Lucre is a Birmingham based Compassion Focused Therapist and Supervisor specialising in the use of CFT for complex attachment and relational trauma for groups and individuals. She runs workshops for the Foundation and across the UK on CFT for Groups and Compassion Focused Staff Support and Supervision. She has published the only data on Compassion Focused Group Psychotherapy for people who would attract a diagnosis of personality disorder and has recently completed a 7-year research program evaluating a 12-month CFGP program. Kate is also involved in a number of UK wide research projects developing and evaluating Compassion Focused Staff Support Initiatives. You can see some of her past presentations at www.researchgate.net/profile/Katherine_Lucre2.

Is there just one “you”? We’ve been taught to believe we have a single identity, and to feel fear or shame when we can’t control the inner voices that don’t match the ideal of who we think we should be. Yet Dr. Richard Schwartz’s research now challenges this “mono-mind” theory. “All of us are born with many sub-minds―or parts,” says Dr. Schwartz. “These parts are not imaginary or symbolic. They are individuals who exist as an internal family within us―and the key to health and happiness is to honor, understand, and love every part.”

Dr. Schwartz’s Internal Family Systems (IFS) model has been transforming psychology for decades. In this session, you’ll explore why IFS has been so effective in areas such as trauma recovery, addiction therapy, and depression treatment―and how this new understanding of consciousness has the potential to radically change our lives.

You’ll also engage in practical exercises for mapping your parts, accessing the Self, and working with a challenging protector. 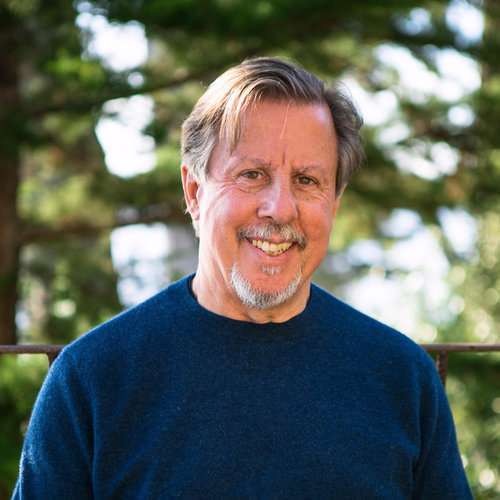 Dr. Richard Schwartz, PhD is the creator of Internal Family Systems, a highly effective, evidence-based therapeutic model that de-pathologizes the multipart personality. His IFS Institute offers training for professionals and the general public. Formerly an associate professor in the Department of Psychiatry at the University of Illinois at Chicago and later at Northwestern University, he is currently on the faculty of Harvard Medical School. He has published five books and is a sought-after presenter. For more, visit ifs-institute.com.