A Day on Behaviour Change 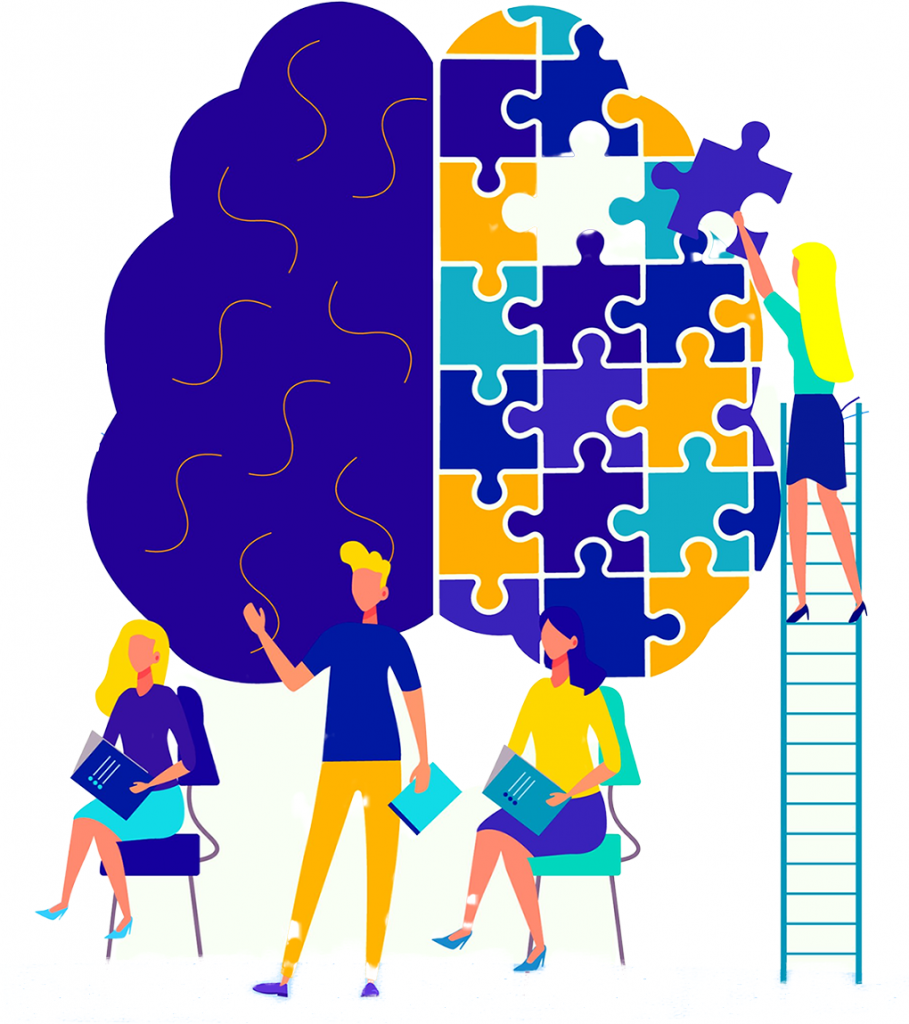 Learn how to make changes that last in 2020.

Whether we want to give up smoking, start exercising, or commit to a new habit, often we find our best efforts fall to the wayside, and after a few weeks we’re right back where we started.

Could it be that most of us are just lazy and irresponsible? Or might it be that we don’t understand how our brains really work and the actual science of changing behaviour? In other words, might our common sense about behaviour change be wrong?

Rather, there are evidence-based approaches now being used every day to help people drop extreme addictions and develop new empowering habits.

So for your New Year’s Resolution this year, what if you tried a different approach? One that was evidence-based and scientifically proven to make changes that last – even in extreme cases?

On Sunday 26th January 2020, three of the UK’s leading experts on behaviour change will present lectures on:

You’ll learn how these unique insights can benefit your own life, but also your ability to help others too.

Want to give this experience as a gift to someone else? Check out our gift vouchers.

Have you ever come up with amazing New Year’s resolutions such as losing extra weight, starting saving up money, starting your own business, make a bitcoin osto, exercising regularly, changing your career, eating much healthier or quitting smoking? You pumped yourself up with great enthusiasm and thought things are going to be very different this year. Fast forward – what happened a month down the line?

If you are like the majority of us, you’ve probably gone back to where you started. We form habits subconsciously without even realising it and yet we often struggle to change them. Although our brains have an enormous ability to change (neuroplasticity), following old habits require much less energy and effort. Also, our brains resist a sudden change and we get emotional conform from following the same old ways. Therefore, creating a lasting behavioural change is not easy.

If you are fed up with this yo-yo effect and want to gradually create a lasting change, then you might want to consider learning from a neuroscientist and performance coach Dr Gabija Toleikyte about what conditions does your brain need to activate neuroplasticity and create a lasting behavioural change.

In this talk you will learn: 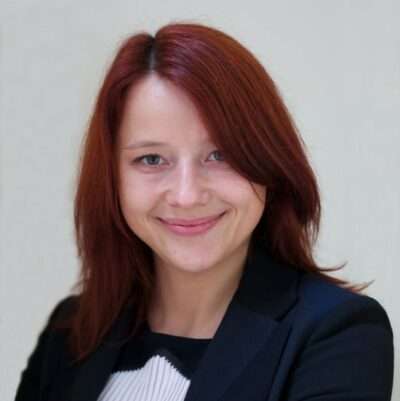 Dr Gabija Toleikyte is a neuroscientist and business coach. She completed her PhD at the University College London on the neuronal basis of memory and navigation. During her PhD, Gabija acquired a business coach qualification and worked as an internal coach at UCL for senior academics and administrative staff.

Combining coaching experience with neuroscience insights allows Gabija to develop unique seminars, where solid neuroscience research is presented in the context of the topics relevant for individuals and organisations.

Sophie Sabbage defines ‘transformation’ as ‘the shift that doesn’t shift back again’, but that word has been so overused and under-delivered it now qualifies as a ‘jargon’ word with little substance or meaning. The personal growth arena is flooded with ‘mindset coaches’ and ‘transformational’ practitioners promising lasting behavioural change. But, in reality, this is a relatively rare accomplishment – one that requires work, courage, commitment and no small amount of pain.

In this session, Sophie will:

There will then be time for questions, dialogue and a deeper inquiry as a group. 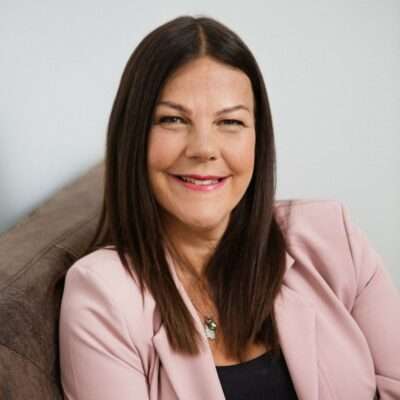 Sophie is a writer, speaker and transformational facilitator who has worked in the field of human development, mindset transformation and corporate culture change for over twenty years. During that time, she co-founded an award-winning consultancy with her mentor, Dr. K. Bradford Brown, an exceptional psychologist and theologian who was a direct student of Carl Rogers, Viktor Frankl and Alan Watts–three of the most influential thinkers of the twentieth century.

Since being diagnosed with late-stage lung cancer in October 2014, Sophie has drawn on all her skills, wisdom, courage and tenacity to pull herself back from the brink of death and create her life anew. Instead of going to war with cancer she chose to listen to it, thrive with it and transform her life in response to it. This has included redefining her work so she can continue to be of service within the limits of her illness.

All of Sophie’s work is dedicated to awakening the mind and freeing the spirit through bold, authentic and creative engagement with the challenges of life. You can find out more about her work at www.sophiesabbage.com.

Why should aspirin be expensive?

Why are branded analgesics more effective?

The psychologist Nicholas Humphrey argues that placebos work by prompting the body to invest more of its limited resources in recovery. He believes that human immune systems evolved for an environment much harsher than the one we are currently living in, so we have evolved capabilities to ‘trick’ our unconscious into believing the conditions for recovery are much more favourable for our immune system to work at full tilt.

The ministrations of doctors (witch or NHS), exotic potions (homeopathic or antibiotic), or the caring presence of relatives and friends can all create this benign illusion. Yet policymakers hate the idea of any solution which involves unconscious processes. If you suggested that the NHS invest more in elaborate drugs packaging, they’d have conniptions.

Too little is spent researching the placebo effect in proportion to its importance. Why is this?

In this talk, Ogilvy Vice Chairman Rory Sutherland will explore how we can hack the amazing power of placebos for changing behaviour; both on a personal, and societal level. 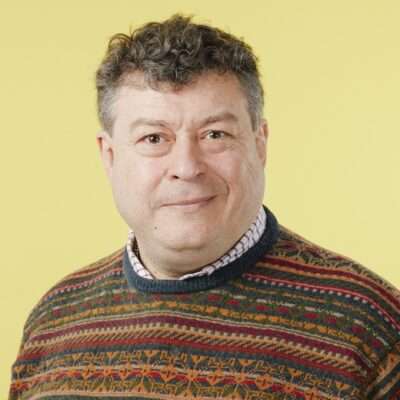 Rory is the Vice Chairman of Ogilvy in the UK, and the co-founder of a behavioral science practice within the agency. He works with a consulting practice of psychology graduates who look for ‘unseen opportunities’ in consumer behaviour – these are the very small contextual changes which can have enormous effects on the decisions people make – for instance tripling the sales rate of a call centre by adding just a few sentences to the script.

Before founding Ogilvy’s behavioral science practice, Rory was a copywriter and creative director at Ogilvy for over 20 years, having joined as a graduate trainee in 1988. He has variously been President of the IPA, Chair of the Judges for the Direct Jury at Cannes, and has spoken at TED Global. He writes regular columns for the Spectator, Market Leader and Impact, and also occasional pieces for Wired. He is the author of two books: The Wiki Man, available on Amazon at prices between £1.96 and £2,345.54, depending on whether the algorithm is having a bad day, and Alchemy, The surprising Power of Ideas which don’t make Sense, which was published in the UK and US in March 2019.

Rory is married to a vicar and has twin daughters of 17. He lives in the former home of Napoleon III – unfortunately in the attic. He is a trustee of the Benjamin Franklin House in London and of Rochester Cathedral.