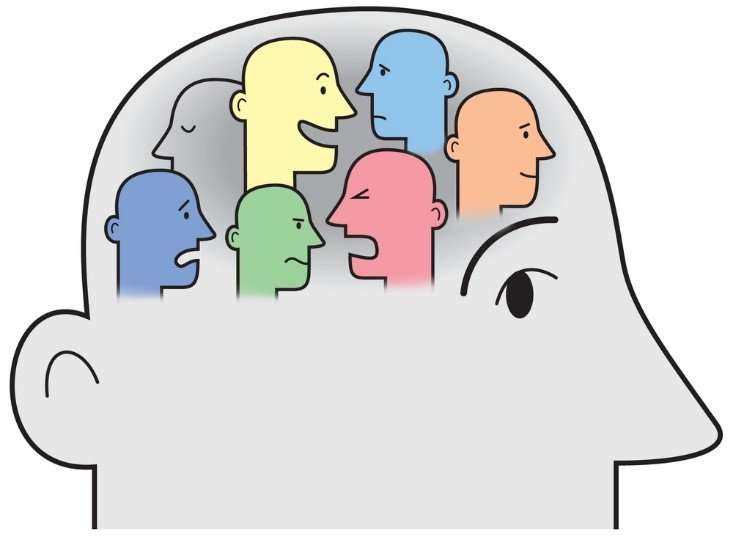 Internal Family Systems (IFS) is an evidence-based form of psychotherapy developed in the early 1990s by Dr Richard Schwartz, PhD.

IFS assumes that each individual is made up of a system of various sub-personalities or ‘parts’, and that these parts co-exist like an internal family that helps to guide our decision making and behaviour.

The idea that the mind is divided is not a new one in psychology.

‘It must be admitted that… the total possible consciousness may be split into parts which coexist, but mutually ignore each other, and share the objects of knowledge between them.’

In the ‘Happiness Hypothesis’, one of the world’s leading social psychologists, Jonathan Haidt argues:

‘To understand the most important ideas in psychology, you need to understand how the mind is divided into parts that sometimes conflict. We assume that there is one person in each body, but in some ways we are each more like a committee whose members have been thrown together to do a job, but who often find themselves working at cross purposes.’

Neuroscientist Michael Gazzaniga offers a similar viewpoint in his 1985 book ‘The Social Brain’:

‘But what of the idea that the self is not a unified being, and there may exist within us several realms of consciousness?… From our [split-brain] studies the new idea emerges that there are literally several selves, and they do not necessarily ‘converse’ with each other internally.’

Although the idea of a divided mind goes against the common view of ourselves as one unified being, we often intuitively think of ourselves in this way.

Say, for instance, a friend asks you to go for a drink after work – but the next day you have an important meeting you need to prepare for. You might respond: ‘Part of me would love to go, but another (more sensible) part of me knows I probably shouldn’t.’

The IFS approach explores how the different parts of your personality system interact with each other.

Each sub-personality is treated as a separate entity with its own motivations, fears and desires.

In ‘The Body Keeps the Score’, Dr Bessel van der Kolk argues that our wellbeing often depends on our how well we manage the different parts of ourselves, ensure they feel listened to and cared for, and how skilled we are at preventing them from sabotaging each other.

In this post, we’ll provide an introduction to the different parts of the personality system according to the IFS model, how they interact with one other, and how the IFS approach can be applied to heal our parts and experience more well-being in day to day life. 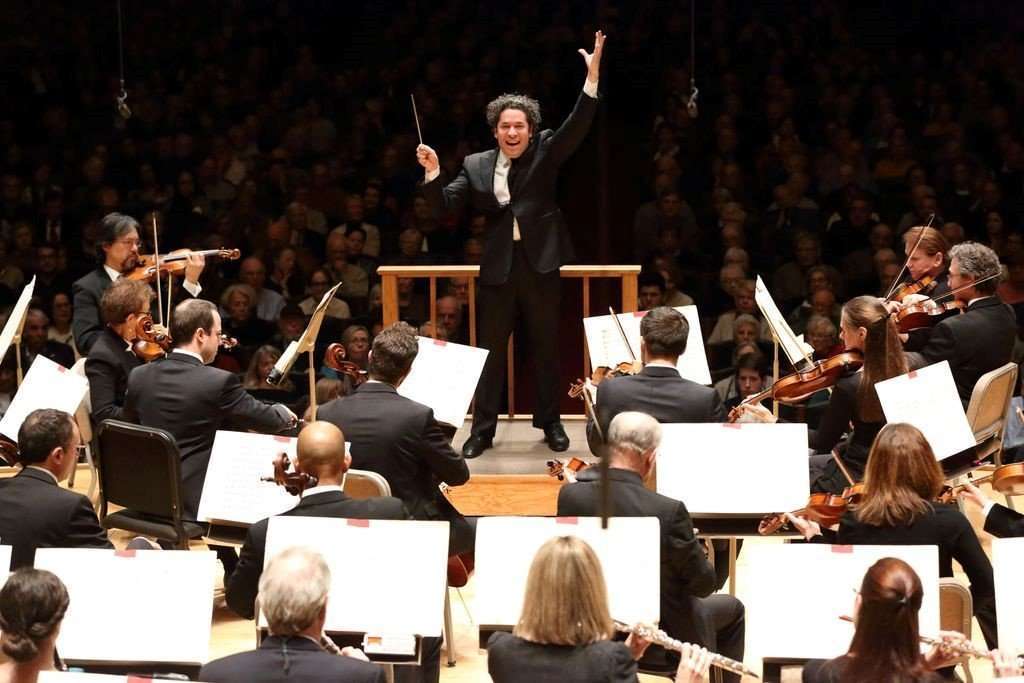 ‘The Self is like an orchestra conductor who helps all the parts to function harmoniously as a symphony rather than a cacophony.’ – Dr Bessel van der Kolk

Central to the IFS philosophy is the notion that behind each of our parts, there is a central Self with an undamaged essence.

We commonly refer to this as our ‘True Self’ or ‘Higher Self’.

This is you at your best; when you’re calm, confident, wise, compassionate and curious.

When you think about the people you admire and look up to, there’s a good chance they show a lot of Self energy in their relationship with you.

Contrary to other mindfulness approaches that see the Higher Self as a passive observer, in IFS, the Self takes an active leadership role.

All systems, including families, organisations, and governments can only operate effectively with strong leadership.

The personality system is no different.

Therefore, the IFS approach suggests that if you want to achieve greater wellbeing, it requires that you regularly access your ‘higher self’, and use it to lead, manage and heal the various parts that make up your personality. 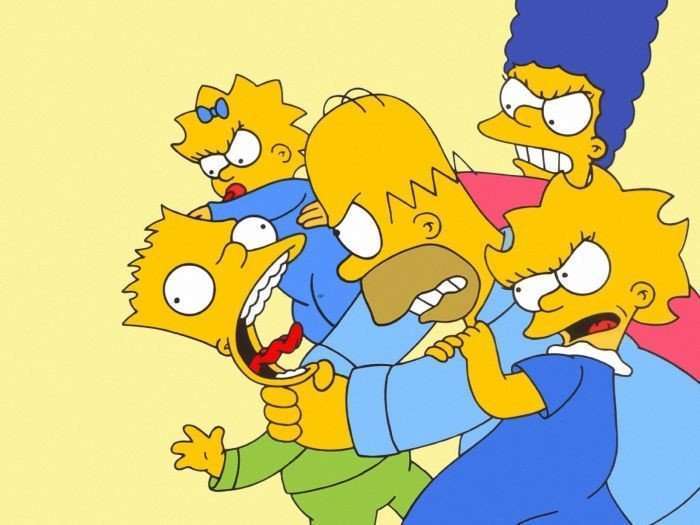 ‘At the core of IFS is the notion that the mind of each of us is like a family in which the members have different levels of maturity, excitability, wisdom and pain. The parts form a network or system in which change in any one part will affect all the others.’ – Dr Bessel van der Kolk.

Our parts are like sub-personalities that operate inside us in the same way that a family might interact in the external world.

Just like some members of a family in the external world might like and dislike each other, and treat each other differently, our internal parts interact with each other in their own unique ways.

We experience our parts as thoughts, feelings, emotions, mental imagery, or physical symptoms.

Their purpose is to protect your Self from some of the harsher experiences in life such as trauma, neglect and abuse.

To achieve this, sometimes they can take on extreme roles or can ‘hijack’ the personality system entirely.

According to the IFS model, there are three types of parts:

Let’s briefly look at each one. 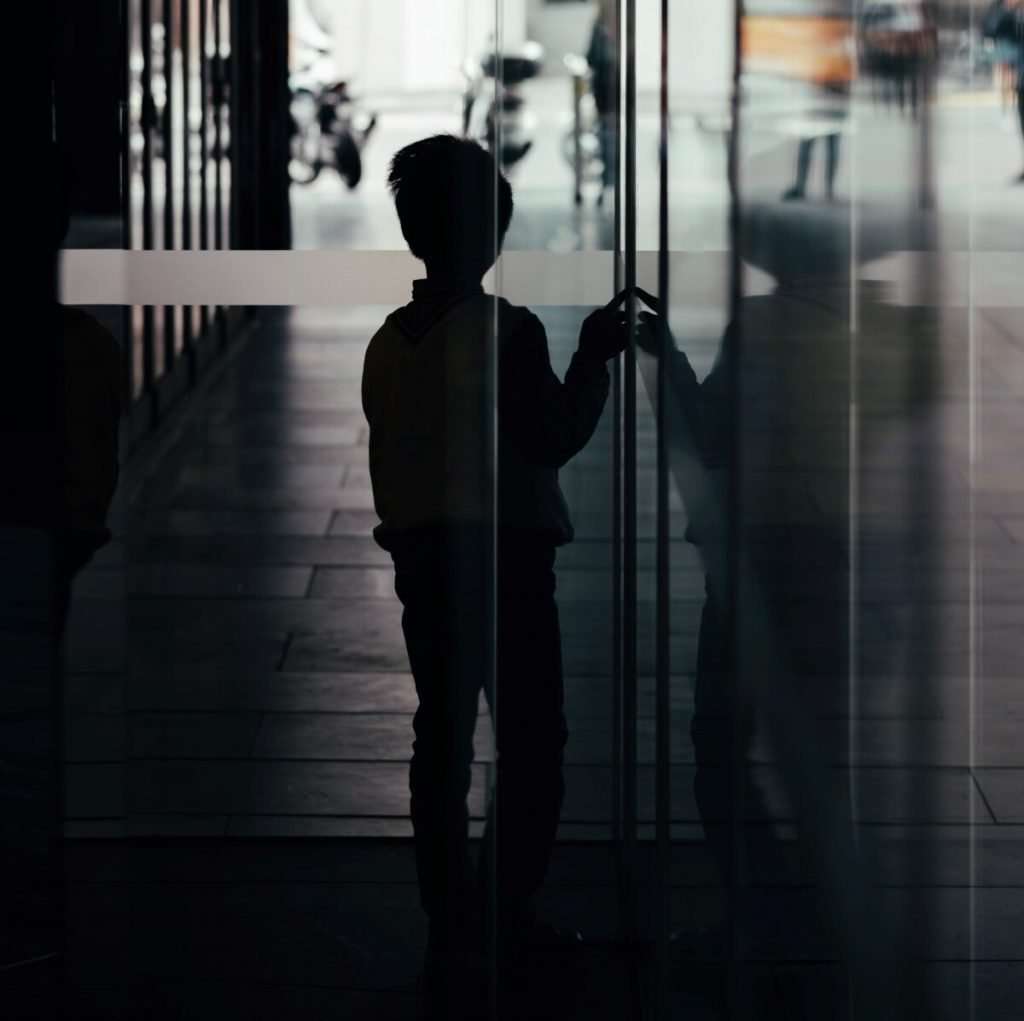 Exiles are parts of our personality that have become isolated or ‘exiled’ from the rest of our system – usually due to an event in early life.

For example, we all have parts that are childlike, playful, and fun.

However, due to their innocence, these parts of ourselves are extremely vulnerable and can be damaged.

If we experience emotional or physical abuse at a young age, they can become frozen in time and can carry the burden of the abuse well into later life.

According to IFS, the personality system locks these parts away as ‘exiles’ to protect us from the pain they carry. This keeps the pain of these ‘damaged’ parts of ourselves out of sight and out of mind, allowing us to function normally in day to day life.

To illustrate this, take the example of a young boy who really enjoys singing and dreams of becoming a musician someday, but grows up in an overtly masculine culture. The boy also has an emotionally abusive father with a drinking problem. After a particularly bad day at work, his father goes to the pub to drown his sorrows. Later that evening, he comes to find his son singing in the living room and proceeds to take his frustration out on him, telling him that ‘singing is for girls’ and that he should start playing football like the rest of the boys in the neighbourhood.

What do you think is likely to happen to the creative musician inside this little boy?

According to IFS, there’s a good chance this part of his personality will become exiled, and he will deny it at all costs. 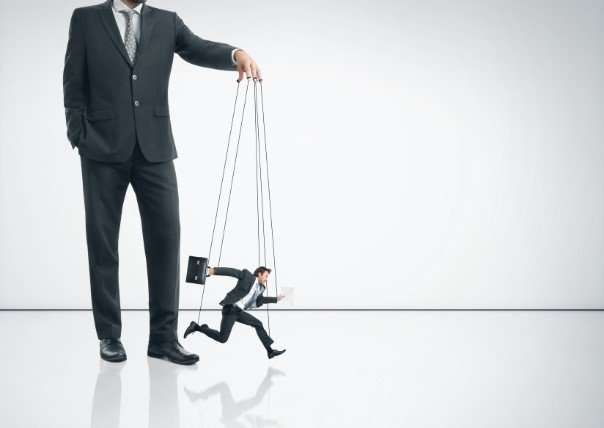 Their purpose is to protect us from being overwhelmed emotionally by the feelings of our exiles, such as shame, pain, and fear of rejection.

These parts of our personality system are pro-active and aim to control and organise our lives in such a way that we are unlikely to experience the difficult emotions of our exiles.

According to the IFS model, the following are examples of managerial behaviour:

Usually, they show up (physically) in the body as feelings of tightness, constriction of breath, and tension.

If you know someone who seems excessively rigid in their way of being, the chances are they are ‘manager-led’. 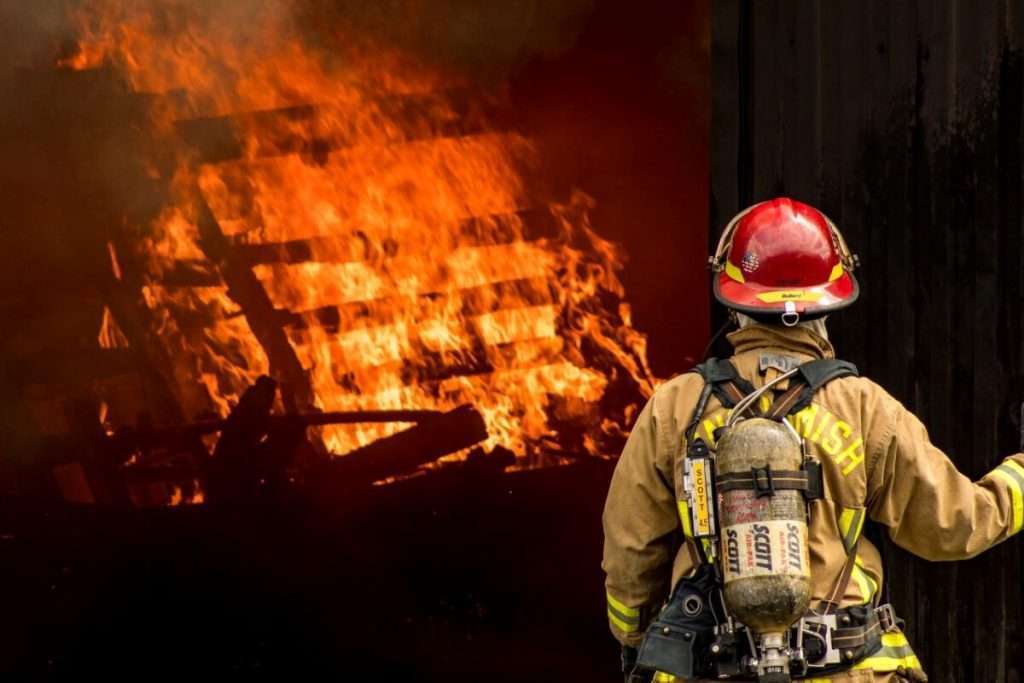 Firefighters are like ‘emergency responders’ who react impulsively when an experience triggers an exiled emotion.

Their purpose is to distract us from the negative feelings that flood our system when our exiles are activated, and they will do so at all costs.

They don’t want us to feel ashamed, embarrassed or frightened, so they immediately seek out ways to numb our feelings and blunt the sharpness of the pain.

Blending refers to when protective parts become ‘fused’ or ‘blended’ with our sense of self.

In other words, when the Self is no longer in charge, but has been co-opted, and starts to identify with a particular part.

When this happens, our parts take us over and distort our thoughts, feelings and behaviour.

A starting point of IFS therapy then, is to ‘unblend’ or separate our sense of Self from these protective parts, so that we can enter a constructive dialogue with each one. 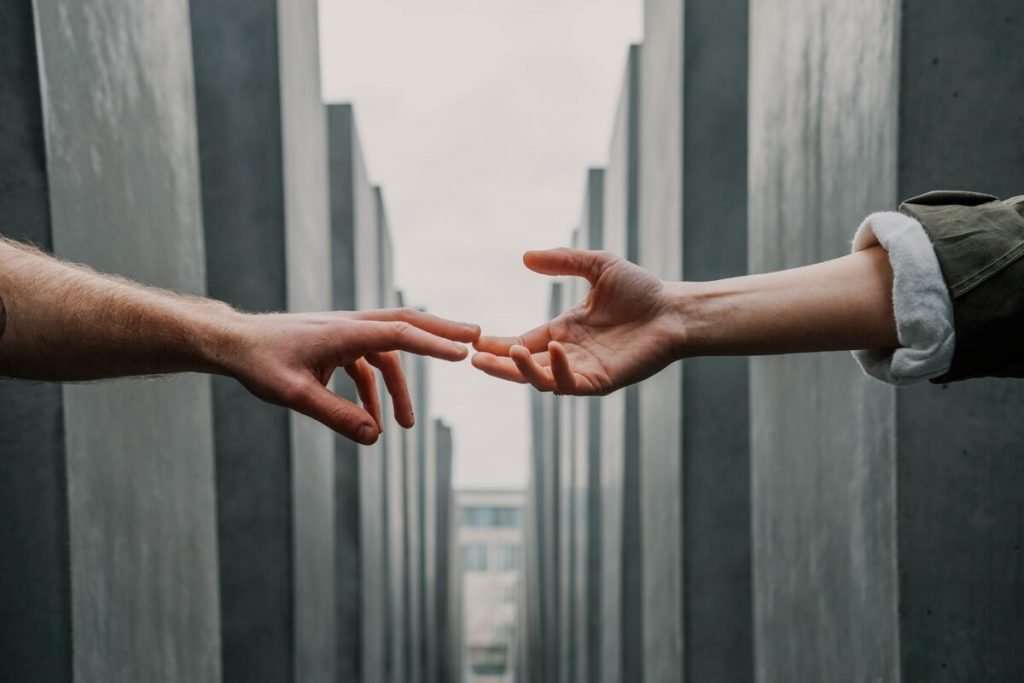 Let’s take the example of someone struggling with feelings of worthlessness to see how the IFS approach can be used.

The first step involves asking each protective part to temporarily ‘stand back’, so that you can see what is being protected.

If this is done repeatedly, the protective parts gradually begin to ‘unblend’ from the Self, which opens up more room for curiosity and mindful self observation.

States such as rage, fear and disgust should temporarily subside as you enter this process, and constructive inner dialogue can start to take place between your ‘higher Self’ and the protective part.

Next, you identify the part involved in the problem you are currently struggling with by asking:

‘What inside me feels that way?’

At this point, mental imagery representing your internal state may come to mind, such as an abandoned child.

The third step involves asking: ‘How do you feel towards that part of you?’

If you notice an extreme response like ‘I hate it’, there’s a good chance that a protective part is still blended with your sense of Self. If this is the case, you can ask: ‘See if the part that hates it can temporarily step back.’

The protective part is then thanked for its help and assured it can come back whenever it is needed.

Next, you ask: ‘How do you feel toward the (previously rejected) part now?’

At this stage, feelings of compassion and curiosity may emerge, leading to thoughts like: ‘I wonder why it feels that way.’ If you experience this, there is a good chance you have ‘unblended’ and are communicating with your part from your higher Self.

This paves the way for getting to know the part better and inquiring what caused it to feel the way it does.

This process leads to a gradual strengthening of the Self, and over time, this constructive inner dialogue begins to take place spontaneously.

As this happens, it’s important to keep an eye out for other protective parts that might interfere.

If you get stuck, the following questions can help:

By taking this approach, you are helping to heal your exiles – which means your protective parts can begin to relax, let go of their ‘death-grip’ on reality, and you can now begin living more from your higher Self.

A Day on Transpersonal Psychotherapy 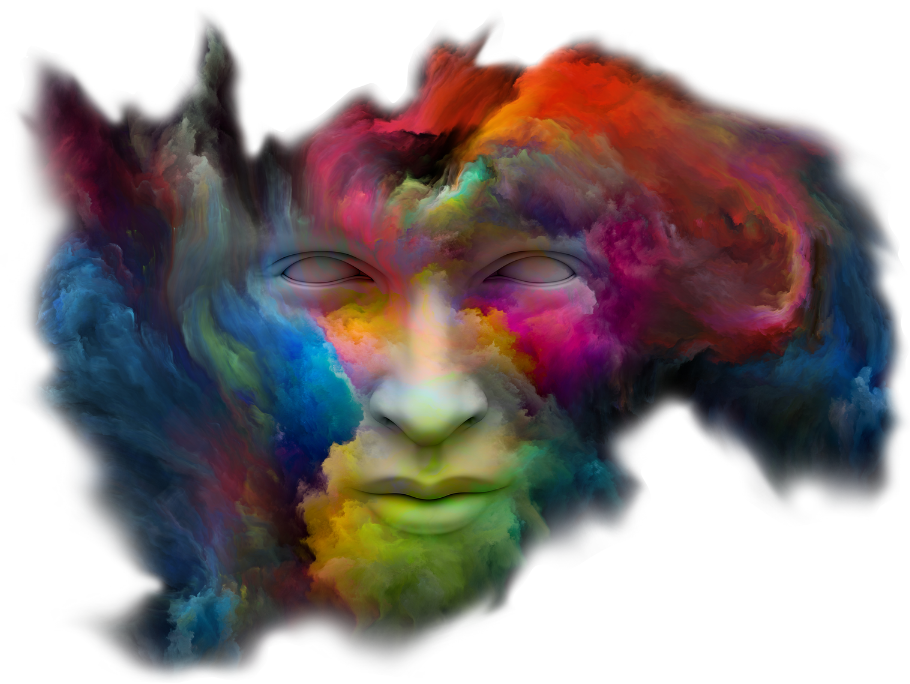 Read more about our next event 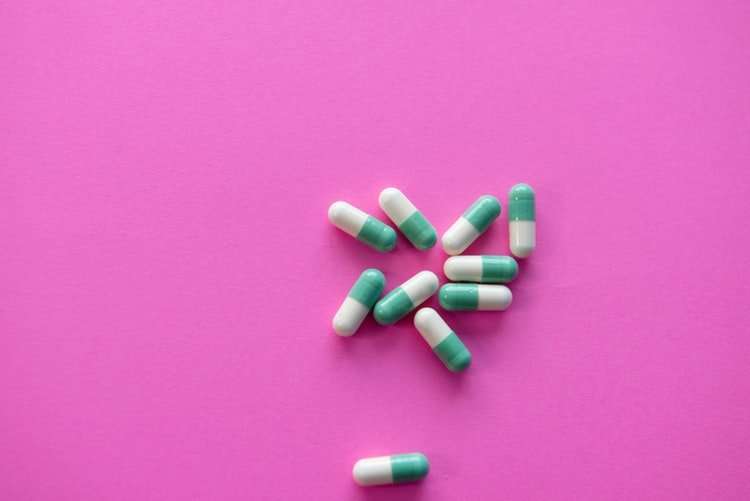 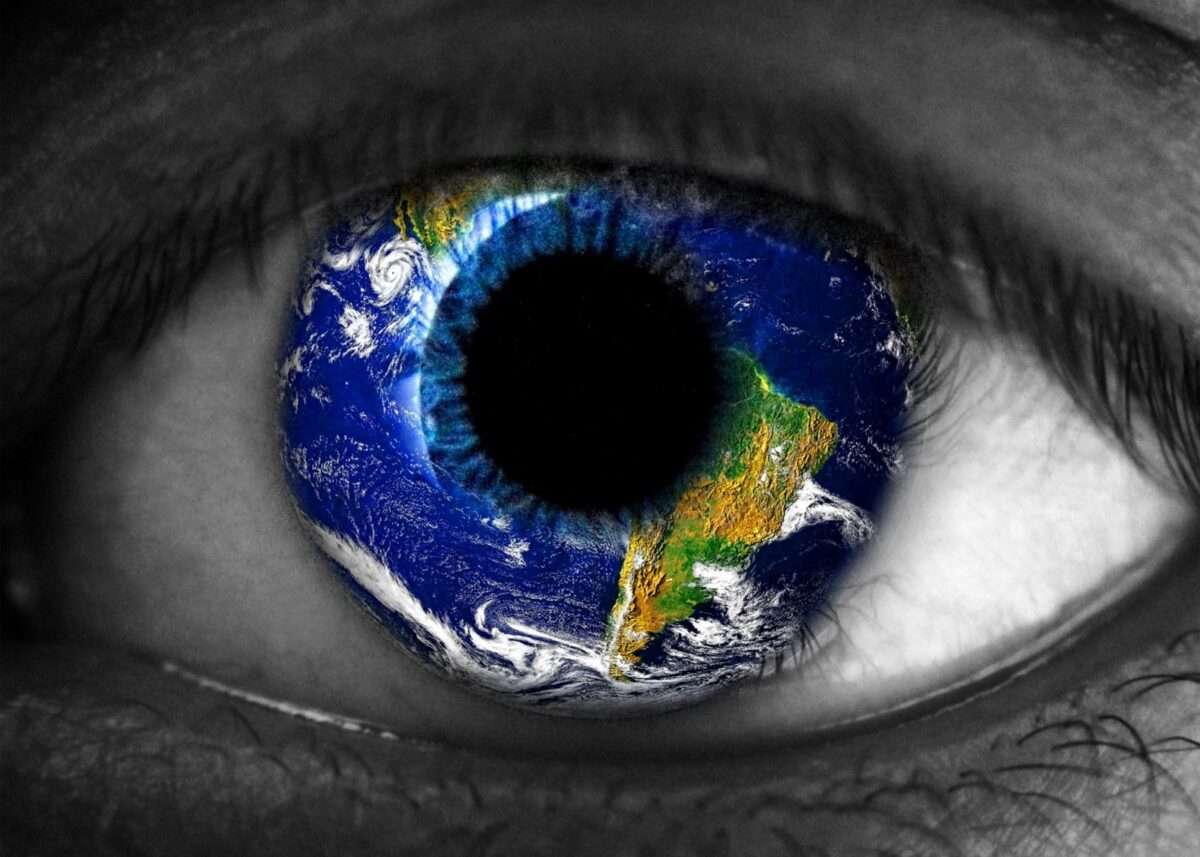 Self-Interested or Super-Cooperators? Human Nature from an Evolutionary Perspective

There are few phenomena in the world that vary as widely as human nature. On the one hand, our greed and self interest seem to